skip to main | skip to sidebar

Maybe something to cheer you up. I first saw a youtube of this group at Paul Krugman's blog: Katzenjammer ( http://en.wikipedia.org/wiki/Katzenjammer_(band) ) This was the first one I saw: Demon Kitty Rag. You might have to turn up the volume :)

And the reason for posting entry? It seemed that this was very appropriate: Katzenjammer with their cover of Land of Confusion:

And, if you in the mood for a sea-shanty: They seem to be a fun band to see live:

With a bit of ad-hoc fixing, I got to see the transit of Venus. 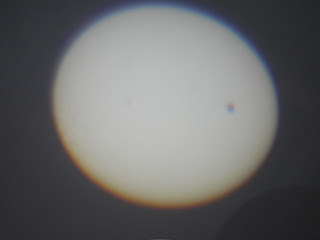 And how was this magic done?

A pair of binoculars, and old microphone stand, some wire and a bit of cardboard: 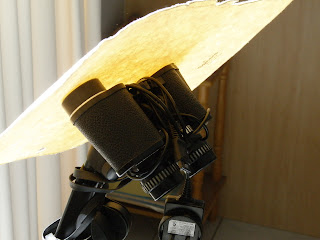 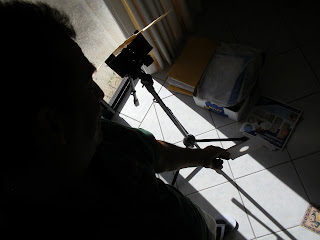 Please excuse the mess of the floor :) 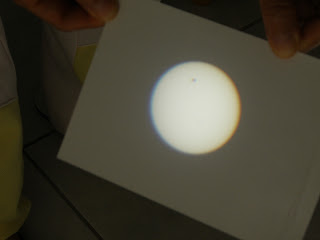 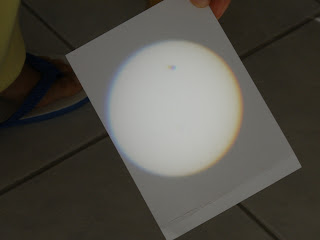 As a simple Aussie atheist, I have to say that American football and fundy religion is just Incomprehensibleness2
Posted by Rixaeton at 12:09 pm No comments:

Years ago, when I was just a little tyke, my parents bought me a book of Peanuts collected comics.  One of the comics in that book was quite life-changing for me:

I must have read this when I was about 8 years old, and it has been in my memory ever since.  So whenever there has been any thoughts about free will, this image and dialog always popped up.  It's funny how a comic that I read when I was so young can still have a profound influence on my thinking today.  It must be one of those "fundamental-truth" things.
Posted by Rixaeton at 11:52 am No comments:

In a previous post I displayed my Nerf Vulcan EBF-25 gun.  It is not very practical, but that is what Nerf is for.  Or is it?

My brother came to visit since then and we decided to find out, through experimenation, if Nerf violence solves Nerf problems. 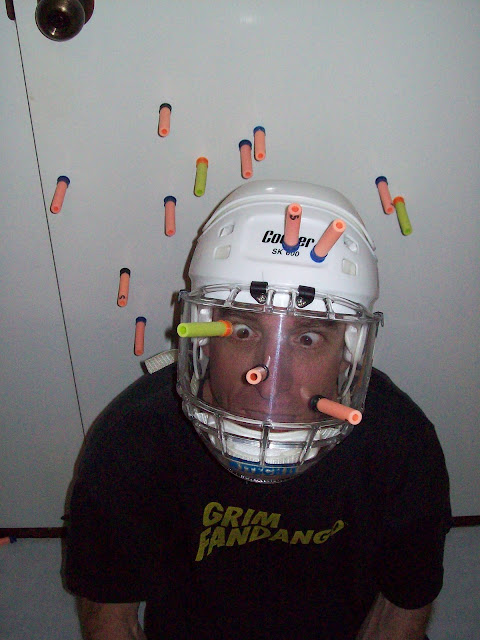 The tests are inconclusive.

Update 1) My brother has made a testable observation as a result of the day's activities:

On reflection and several comments on Why Evolution Is True, I have compelled myself to get it right. This is important for a Gnu Scientismist, as Pedantism* is one of the Preferred Virtues.

According to the Apostrophe Protection Society and my Vietnamese-born wife, the correct use would be "Hitchens's" due to the possession being singular. If there were multiple Hitchenses that owned the phrase, it would be "Hitchens'" but we all know there was only one Christopher Hitchens.   I do recall from English classes that if the word ended in an "s" the apostrophe had to follow it, but that may be either mis-remembering, or bad teaching.  It appears I only know grammar with bad practice, and not in theory.

So, it is somewhat fitting that I need to correct the record and make this a teachable moment, because:
a) Everyone should get into the practice of unashamedly realising, admitting and correcting mistakes;
b) Christopher Hitchens would have appreciated being a teachable moment for the correct use of the apostrophe; and
c) Pedantism, as a virtue, can be fun.

One of the greatest advances in human history (IMHO) is celebrated today, the 10th December.  It is Human Rights Day, celebrating the United Nations adoption of the Universal Declaration of Human Rights on 10th December, 1948.

Please have a read of the Universal Declaration of Human Rights.  Go on, it's not that long.  I feel that  it is one of the best things that humans have ever done for themselves.  The production of the declaration out of the ashes of the Second World War was in part to have nations everywhere declare, "never again" and to specifically set out how the modern human world will interact with itself.  This document was a turning point in human history, as stated by Steven Pinker in The Better Angels of our Nature in the chapter on the Rights Revolution.  What followed was an acceleration of the decline in violence, and the increase in rights (human, animal, ecological) over the rest of the century.  It is a positive document that says how humans have a right to be treated, and how to treat others.

Importantly, it is a secular document - no theology is needed for the clauses to come about.  In fact, there is still a struggle even today to have the declaration followed throughout the human world, notably the worst places for human rights are totalitarian dictatorships (such as North Korea) and theocracies such as Iran.  Given the complexities of the modern nation-states, with certain countries advocating for blasphemy laws to be exempt from the declaration, sometimes I wonder if such a document could be written today.  Still, we have it, and for the last 63 years it has set the benchmark for how we treat each other, and having such a universal benchmark is a remarkable and important thing.

For the past billion years or so, life on this planet has been based on the principle of basic survival and reproduction.  Any living thing that could take advantage to promote its survival, or that of its offspring, would take it without any second thought.  It is only in the last fraction of a fraction of the time that life has existed here that any life form has declared that a living entity has rights, simply by virtue of being alive, and affirms that all people have the right to pursue their own enlightened self interest, without interference*.

So, Happy Human Rights Day to all!


*Note:
1) Article 14 clarifies that actions that are unlawful are not granted under this declaration, so it is not a free-for-all.
2) Edited several times as other thoughts arise and for clarity.
Posted by Rixaeton at 4:03 pm 1 comment:

Skyrim: is there anywhere else to spend summer?

I am currently on holiday in Skyrim, and enjoying the scenery, and getting to know the colourful natives, and the wildlife.

I managed to take a snapshot of a rare clear day at Azura's Shrine, I hope it comes out OK: 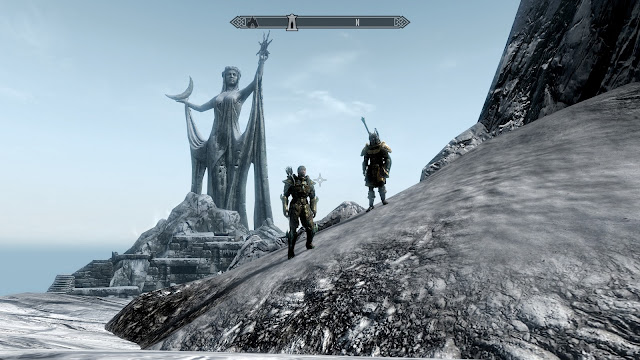